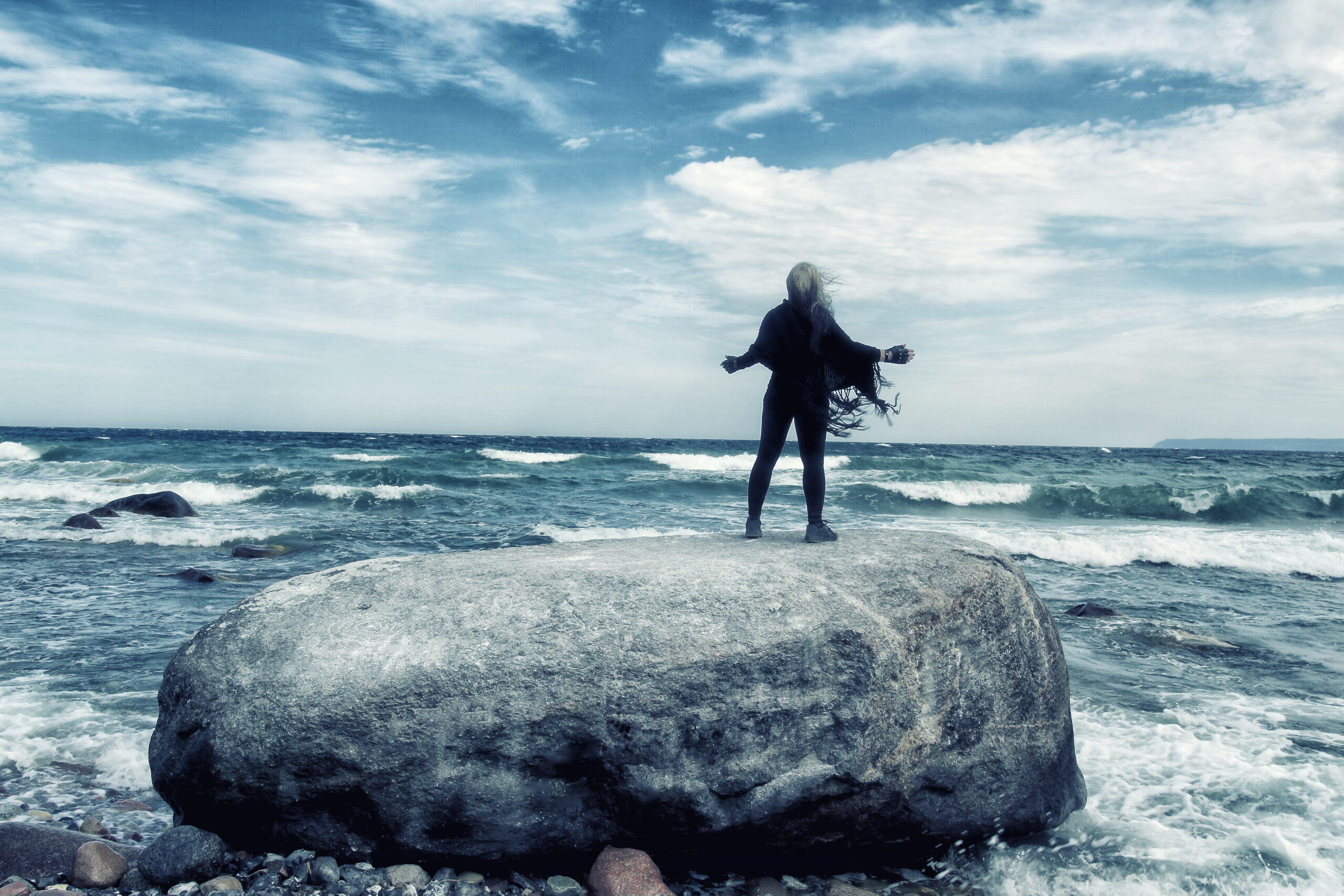 In September 2019, few weeks after I have begun standard of care therapy called Alectinib(targeted therapy in form of pills) I had a MRT brain scan. Results were positive, that one tumor in my brain was shrinking. I have been told, I was lucky, it was small and in an area, which doesn’t cause too much harm and damage.

So far, so good, this meant, I had a good response to the therapy and a good chance that other tumors will shrink as well.

But there still was a very huge metastasis in my neck vertebrae which could put me in a coma or paralyze me. My oncologist and my radiologist were eager to radiate it, but I had my doubts. I didn’t get a clear answer as I asked, “do I really need such aggressive treatment when I already have a good response to targeted therapy”?  Luckily, I have already consulted a holistic doctor and discussed my case with him. He warned me about conventional medicine doctors and their methods. I brought all materials from my CT/MRT scans and we have looked at everything together. He then said there was no need for radiation.

I asked my dad, who is a doctor as well, “do you really think this treatment is necessary?” He didn’t want to say yes or no but admitted that treatments are made for “security”.  You know, in case a patient dies, they can say they have thrown everything at him/her. My final decision was based upon the opinions of Facebook group called ALK positive (an informative group of patients with same lung cancer and genetic mutation). Based on very similar cases in the group, I was sure targeted therapy will work and stop cancer growth. Fun fact, as I confronted the radiologist with my knowledge, he answered, “I don’t trust this this type of therapy” – this therapy, which was prescribed by his colleague, my oncologist…

But what’s most important: I have trusted my intuition and was brave enough to refuse an unnecessary treatment. It wasn’t easy, everyone tried to scary me, especially the radiologist, in his words my neck would break in the moment I leave the front door of the hospital and he was the only one who could save me. Immediately after that conversation I left to hike the Alps.

I didn’t want any poisonous and destructive treatments when not absolutely necessary. At this moment I have realized I must become my own advocate and I shouldn’t always trust the doctors. As a cancer fighter, it’s extremely important to do your own research, to join groups and to talk to other cancer patients. No, your oncologist is NOT always right. No, he doesn’t know everything. Bear in mind he sees like 20 cancer patients a day (or more), of course he doesn’t care what you eat, if a diet is right for you or which supplements you take. He CAN’T, he doesn’t have the time, he has a family as well – you get my point. Please don’t get me wrong, I have a very good relationship to my oncologist, he is very helpful, and I REALLY like him :), but I can clearly see what is going on. And I have seen enough horrific stories what happens to many patients after radiation (brain necrosis) and often think, it was not necessary, especially for patients who were already on highly effective therapies similar to mine.

I’m very thankful that standard medicine has saved my life, but I know as well that targeted therapies only work for a short amount of time, only for few months. If you are lucky maybe for few years, but that’s only for a very small group of patients and I’m not one of them. Thus, I must find other ways to manage that beast.

And, if you follow this blog you already know it: my intuition was right, in January 2020, 6 months after my diagnosis I went into 90% remission, main tumor in my lung was almost gone(only small spot left), metastasis in my brain has dissolved. All bone metastasis is calcified and inactive(yes, that dangerous UNRADIATED spot too), but it still can be seen on scans. I get monthly Zometa infusions for my bones and have remained stable for over one year, till October 2020.