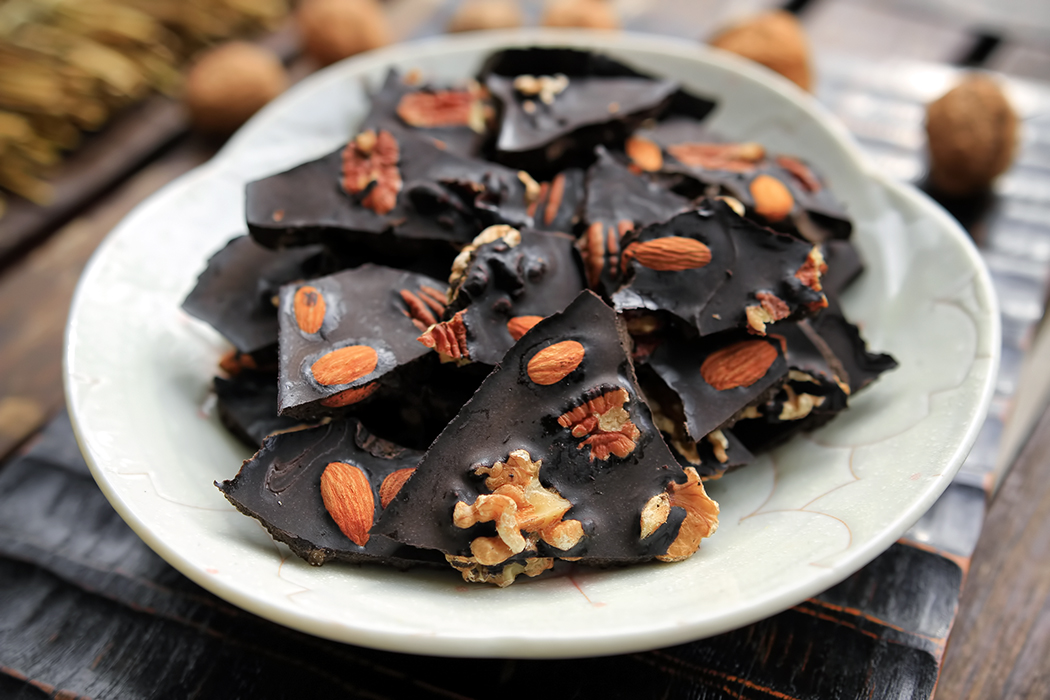 Cacao is the purest form of chocolate you can consume, which means it is raw and much less processed than cocoa powder or chocolate bars. Cacao is thought to be the highest source of antioxidants of all foods and the highest source of magnesium of all foods. It has been used throughout many cultures for years for health purposes and even used as a high trade commodity.

Cocoa powder is produced similarly to cacao except cocoa undergoes a higher temperature of heat during processing. Surprisingly, it still retains a large number of antioxidants in the process. It’s excellent for your heart, skin, blood pressure, and even your stress levels.

Ancient Mayas and Aztecs enjoyed chocolate in the form of a bitter, frothy beverage, chocolate was typically enjoyed only by royalty or during sacred ceremonies. In my opinion it’s a sin against nature to dilute chocolate with cheap fillers like milk or sugar.

This dramatic black chocolate turned out amazing, everybody seems to love it. It’s made from a blend of two different cocoa powders. The black look comes from the infamous black cocoa by Van Houten, it has an intense, deep taste. It’s Dutch processed, that means, it is more alkaline cocoa, less acidic. I have mixed it with a mild organic raw cacao, real vanilla and few drops orange oil gave this chocolate a sophisticated finish. Base is coconut oil which is rich in MTC’s, this chocolate will raise your ketones. I have mesured my ketones after enjoying it, so it’s a truly ketogenic chocolate.

Melt coconut oil in a bowl over a warm water bath, add cocoa powders and other ingredients, mix very well. Cover a backing tray with backing paper and pour chocolate out, add all nuts. Let cool and ripe for 24 hours! Taste will be best on next day. Store in a fridge, this chocolate is quite soft.

Raw cacao contains anandamide, sometimes referred to as the bliss molecule, which binds to the cannabinoid receptors in the brain creating a sense of ease and happiness. Not only will consuming cacao improve your well-being, but it will also combat mood swings by boosting serotonin levels in the brain.